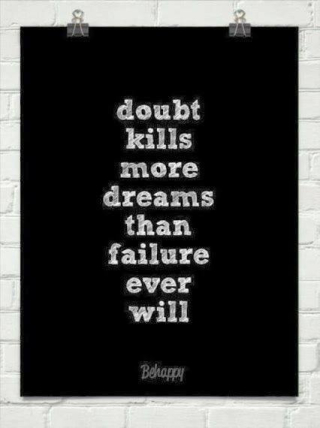 Abraham Lincoln is my favorite example of someone who embodied the term “persistence” despite his circumstances. Lincoln’s life stands as a monument to single-minded purpose. He rose from a very humble station in life, endured fiercer hardships during his span on this earth than most of us can imagine. If you ever need an example of the role undying commitment can play in overcoming obstacles and maintaining a positive perspective on the future, consider the milestones of Lincoln’s life.

1816: Lincoln’s frontier family moved from Kentucky to Indiana in response to a dispute over who had title to the Lincoln family farm. Seven-year-old Abraham, large for his age, had worked long hours to help ensure the family’s success in Kentucky; he continued to work long hours in Indiana.

1831: Lincoln loses his job as a clerk when the merchant who employs him goes out of business.

1832: Lincoln runs for the Illinois state legislature. He loses.

1833: Lincoln borrows money to start a business; it goes under, and he is unable to pay the debts. His possessions are seized by the sheriff.

1834: Lincoln runs for the state legislature again – and wins.

1838-1839: Lincoln makes two attempts to become the speaker of the Illinois House of Representatives, failing each time.

1842: Lincoln marries Mary Todd, a deeply eccentric woman who would, years after Lincoln’s death, eventually be committed to a mental asylum. The couple would have four sons, but only one, Robert, would survive into adulthood.

1843: Lincoln seeks the Whig party’s nomination for Congress, and loses.

1848: Following instructions from his party, Lincoln does not run for re-election to Congress.

1849: Lincoln is passed over for the plum patronage position of Commissioner of the General Land Office, a federal post he had sought after having stepped down from Congress.

1856: Lincoln’s name is placed in nomination for the vice-presidency -- and loses.

1858: Lincoln finally secures his party’s nomination for a U.S. Senate seat – and loses.

1860: Lincoln is elected President of the United States.

Any of Lincoln’s life setbacks would have been enough to bring down a lesser person. What made the difference for Lincoln?  The difference was his persistence on never giving up or giving in.  Are you pre pared to summon the same kind of perspective to your future?

Many people say they want to live a healthier, more successful and significant life, but fail to do what’s necessary in terms of increasing their activity and intensity of their exercise.  Why?  Often, it’s because they are short on persistence and short on commitment.  When the first (or second, or third, or fourth) obstacle or failure comes along, they give up. What they don’t realize is these obstacles and failures are not “stop signs,” they are indications of human character.

The act of responding to obstacles with a positive perspective as “The Lincoln Factor.”  All of those who learn to overcome their failures make this ability to be persistent in the face of opposition a part of their personal character.

The central reality of human experience is “failure” whether it’s related to losing weight, finding the perfect career or discovering business success in the marketplace.  The real question is not whether we will fail, but how we will respond to “failure.”  Please notice I’ve placed quote marks around the word “failure” because apparent failure is actually nothing more than a test of our personal commitment to stick it out and persist.  It’s better to think of this as “the failure test” than as some divine sign we should not pursue our goals after all.

Some of us will pass the failure test – others will not. Here’s a brief list of just a few of the extraordinary people who made the “Lincoln Factor” a driving reality in their lives and who passed the “failure test” with flying colors:

The only people who never “fail” are those who never try anything new!  For the rest of us, the question is … what happens AFTER “failure”?

Commit today to doing something beyond what’s usual, regular and customary in your life and achieve exceptional results to a marked extent!

Plug into the community of support if you are struggling with discouragement or disappointment and if you're doing amazing, share some encouragement with others!

eHealth Challenge Tip: Bring your own